The Beginner’s guide to Chiropractic (Video)

A chiropractor is a health care professional who specialises in the health and function of the spine and nervous system.

The principles that chiropractic is based on aren’t new. In fact the ancient Greeks and other early civilisations used spinal adjustments as a form of healthcare. These principles were formed into a distinct approach to healthcare in 1895 in America by a man named Daniel David Palmer – D. D. Palmer. He opened a school two years later and the profession began to flourish and gradually spread around the world. There are now approximately 100,000 chiropractors worldwide with over 40 chiropractic schools in 16 countries.

“A health care profession concerned with the diagnosis, treatment and prevention of disorders of the neuromusculoskeletal system and the effects of these disorders on general health. There is an emphasis on manual techniques, including joint adjustment and/or manipulation with a particular focus on subluxations.”

The WHO definition
World Health Organization, Guidelines on Chiropractic, 2005

With the main focus of chiropractic being on the spine, many people think chiropractors can only help with problems such as back pain, neck pain and headaches.

And while it’s true that chiropractors can often help people with pain, there is so much more to chiropractic than just treating pain. Chiropractic care is really about total health and wellbeing. It’s about helping people to feel great, and get the most out of life by functioning at their optimal potential. 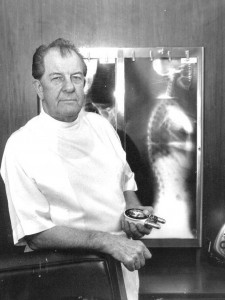 Chiropractic began with Daniel D. Palmer giving his first adjustment in September 1895 in Davenport, Iowa. Today, there are many methods used by chiropractors to correct spinal misalignments, joint dysfunctions and subluxation complexes. Many techniques are identified by the name of the person who was most instrumental in their development. One of the most widely utilised techniques is the Gonstead System.1

Dr Gonstead developed his procedures as a result of extensive clinical research in Mount Horeb, Wisconsin. These procedures were developed over many years of clinical observation and research to work out how to get sick patients well. Doctor Gonstead’s fifty-five years of continuous practice and over four million chiropractic adjustments resulted in the most complete method of biomechanical analysis available for use by today’s doctors of chiropractic. Many of Dr Gonstead’s clinical approaches, theories and results are now being explained by modern scientific research and studies. Dr Gonstead was asked by other chiropractors to teach them what he did and how he got the results that he did. This lead to the development of the Gonstead Seminar in the mid 1940’s and a systematic approach to explaining the way he practiced and got sick patients well. A full history of the Gonstead Seminar is available at www.gonsteadseminar.com.

The Gonstead Chiropractor conducts a thorough analysis of your spine using a variety of tools to detect the presence segmental spinal dysfunction known as the vertebral subluxation complex.1

Symptoms can be the tip of the iceberg (Video)

We highlight how Chiropractic Care can benefit older adults who tend to favour more traditional medical practice. We take a closer look at a couple of recent studies that indicate Chiropractic care can have a protective role in preserving functional ability.

We highlight how Chiropractic Care can benefit older adults who tend to favour more traditional medical practice. We take a closer look at a couple of recent studies that indicate Chiropractic care can have a protective role in preserving functional ability.